I dreamt the other night that I had invented something quite revolutionary. Everyone was immediately on board with the idea, as it clearly filled a need in many people’s lives. My invention really was a gift to society.

I dreamt that I invented a chiko roll warmer. It was knitted, like a sock. Well actually to be perfectly accurate, it was like an argyle condom. 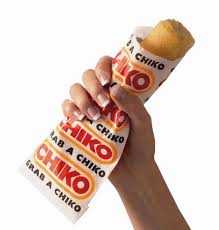 Fact: No-one with a French manicure has ever actually eaten a chiko roll.

Obviously chiko rolls already have standard packaging, which is pretty iconic in this country. But clearly my subconscious doesn’t give two hoots about icons, in fact it seems hell-bent on tearing them down and rebuilding them, knit one by purl one.

Right now you are thinking, gee this woman must really love a chiko roll to be dreaming about them and how they can be kept at that perfect lukewarm temperature for extended periods outside of the hotbox. But the fact is I haven’t eaten a chiko roll in years. If my memory serves me correctly (no, you’re right, that phrase has no place in the blog of someone who has had chemo) the last time I had a chiko roll I was watching a movie at the drive-in. For the young folk playing along, a drive-in was a place in the olden days where we would watch a movie whilst sitting in our car with a whole bunch of other people who were also sitting in their cars. Yes, I’m serious. Google it.

So why, if I’ve not eaten a chiko roll in years, and I don’t work in a roadhouse, am I dreaming about them? Well, curious about my dream (and in search of an appropriate patent law for my invention), I did some reading about Sigmund Freud, who has been described as the most influential figure in psychology, and who also apparently really liked slips, reckoned that dreams were a reflection of the person’s subconscious. He broke dreams down into two parts – the manifest and the latent content. The manifest bit is the stuff you remember – so the chiko roll in its little cover made from Cleakheaton’s finest – and the latent is the actual true meaning of the dream, which Freud said where the dreamer’s forbidden thoughts and unconscious desires. Oh yes, that’s right, Freud would have it that the cardigan-wearing deep-fried snack is actually a symbol of something similar looking which was apparently the actual focus of my dream. According to Freud, dreaming about anything elongated is symbolic of an erect male member.

Apologies to those of you who will never quite look at a takeaway shop bain marie in the same way ever again, but let me tell you I was shocked too. I am now mentally reworking my invention based on what my subconscious was really trying to tell me – that there are a lot of politicians out there standing around feeling the cold. You’ll be pleased to know that I’ll be collaborating with the ladies from the CWA to see if we can come up with a one-size-fits-all pattern to keep all those dicks warm.